I was twenty years old and I was ingenuous ...

So begins this libertine tale, whose author long wished to remain discreet! Twelve artists, close friends of Bob Calle, agreed to enrich the tale of Dominique Vivant Denon by an original work :

This book, composed with lead in Baskerville corps 6, 7, 8 was printed by François Huin at L’Haÿ-les-Roses in June 2017.

The composition respects the original edition printed by Pierre Didot in 1812, and deposited at the Bibliothèque nationale de France.

The 11 illustrations are printed at the lithographic presses of Idem in Paris on Japanese paper, Kubo Choin 45 g, with a suite of prints in 180 x 150 mm format on Misumi paper 71 g.

A bookmark, handmade by Bertrand Lavier on a mirrored card in Lumaline, accompanies this book. The end papers are marbrèes cailloutées of 18th century inspiration and were painted by Frédérique Pelletier.

The manual binding, full black shagreen, with double framing and title in gold along with the box were made by Paxion.

Printed 150 signed copies, including 50 with a suite of 11 lithographs and an original bookmark in a box distributed as follows :

And 100 copies without suite distributed as follows :

Bibliophily book Point de lendemain, numbered and signed by the artists, in its case, along with an original bookmark, handmade by Bertrand Lavier on a mirrored card in Lumaline.

Limited edition of the same book, along with 11 original lithographs in its case 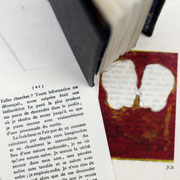 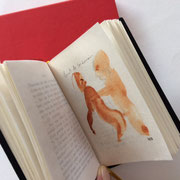 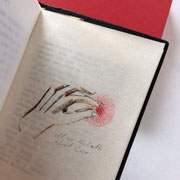 "Centre Dominique-Vivant Denon" in the Louvre.

Download, fill and send us back the ordering voucher below by mail.